After its formation in mid-September, speedikon FM AG’S BIM User Group had a pretty promising kick off meeting on 25th October at the headquarters in Bensheim. We are proud to state that many of our customers followed our invitation and discussed a lot of quite exciting subjects.

One of these key-topics was the general usability of BIM data during the operational phase of the building. It is in this context where planning ought to take future operations much more into consideration, as the operational costs go exponentially beyond the planning expenditures. (NB: planning phase is about 2 years’ time, operational up to 60 years)

Having said this, it is paramount that planners should always keep in mind that subsequent Facility Management processes will have to run smoothly during the entire operational period.  Furthermore, during the meeting, practitioner stressed the importance of both correct representation of HVAC as well as supplying technology components and the availability of reliable technical data.

In the course of the discussion, a central focus was on the discrepancy between “as planned” information on one hand and “as built” data on the other. Obviously, BIM is only one possible data source for creating the digital twin of the building.

For capturing and analyzing “as built” data on our performing C-platform, we offer really convincing alternative models that found a lot of appreciation among the BIM User group participants after being presented. Towards the end of the meeting, there was general consent about the fact that IFC will remain the standard type of data exchange opposed to proprietary formats.

Finally, the BIM User Group has been well established from a thematical content point of view. In future, several meetings will be held throughout the year. 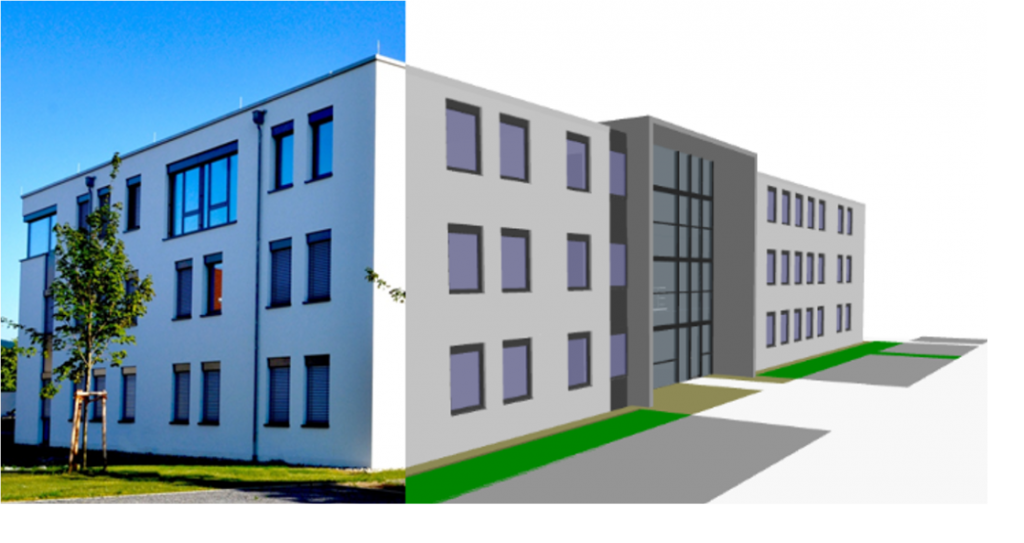 Image: Our corporate headquarter building in its “as built” reality and as a BIM model

Find out more or adjust your settings.