Version 5.0 of speedikon® C delivers a wide range of precious additional functionality in various application areas of our platform.

One of the key topics in our ongoing development were the graphical functions. The GUI for processing the graphical objects has been revised such that functions are very easy to access and provide a clearer overview. 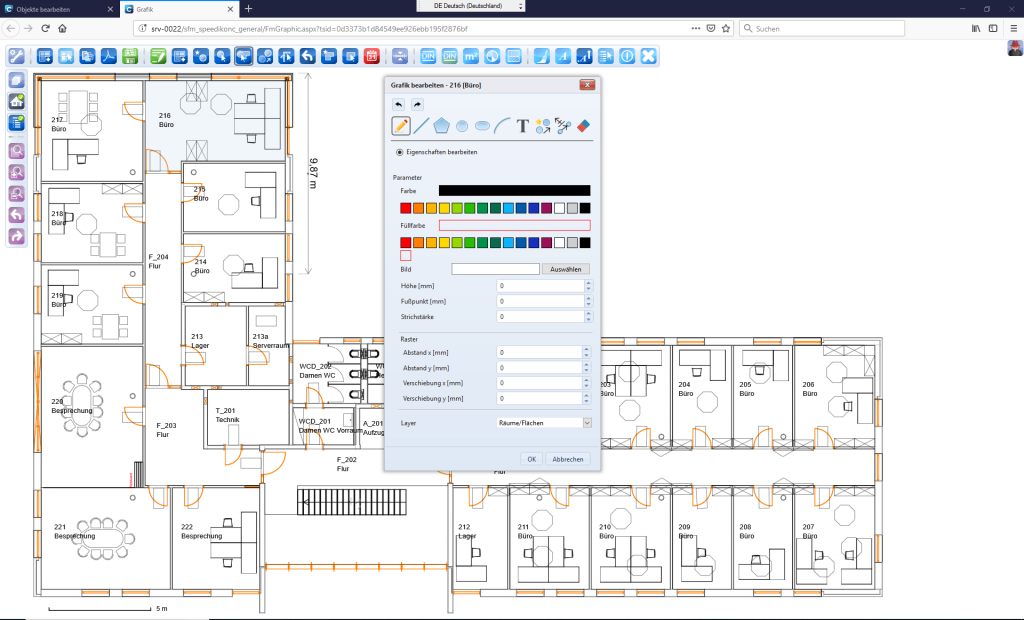 Plan frames have been presented in the past already. In this context, version 5.0 delivers plan frames as timeless objects. This means that users can move backwards on the time-line and work on a plan frame that did not even exist at the point in time of evaluation.

In addition to that, there are new standard commands that do facilitate every day’s work significantly. Now, a series of objects can be marked and be moved to a new target space.

There is an additional command allowing to mark objects for which no value has been put in previously for a chosen property. Consequentially, the user benefit is to identify way quicker objects that want post processing.

The command “Change plan position” is also quite beneficial for users as it allows to move an entire level without any modification on the predecessor. This function is very useful in case the position of the original plan does not correspond to the already existing objects during a re-import.

Last-but-not-least, users will experience improved performance during navigating in the plan. This is very particularly favorable when dealing with very large plans containing a huge amount of details. Depending on the zoom-factor, either more or less objects will be displayed in those large plans.

In the weeks to come, we will present further important functionalities from different application areas in speedikon® C.

You can find out more about which cookies we are using or switch them off in settings.